‘Queens Bluff’ is the ending theme to the upcoming global Netflix series ‘Kakegurui Twin,’ which is highly anticipated by fans all over the world.

‘Queens Bluff’ was unveiled with a teaser video published on June 5 before being performed live for the first time at the final live of the ‘i☆Ris 7th Live Tour 2022 ~Traveling~’ tour on July 7.

The high-tempo dance routine and seductive appearance of the group’s members attracted a ton of attention on social media and is already being called the “most mature and bewitching” track in i☆Ris’ career to date. Check out this new side of i☆Ris in the newly released full-length music video.

The members of i☆Ris have been active as voice actors since their debut in 2012, including starring roles in the anime series PriPara.’ Each member has experience in fields such as acting for stage and screen, as well as performing as solo artists – and now, in 2022, they have entered their uncharted 10th anniversary year as voice actor idols.

On November 7, the group is scheduled to perform their 10th-anniversary concert at Tokyo International Forum Hall A, titled ‘i☆Ris 10th Anniversary Live~a Live~’, while a best-of album is planned for release on the same date to mark this special milestone.

Furthermore, as a sign of endless appreciation to those who have supported the group for all this time, a new song featuring lyrics expressing a decade’s gratitude for their fans is currently under production. It will be performed for the first time at the 10th anniversary concert.

Look out for more special activities from i☆Ris during this important 10th year, as they level up again throughout 2022.

Da-iCE’s Sota Hanamura and FAKY’s Lil’ Fang have teamed up to release Break it down, their opening theme to the second season of the anime series ‘Orient’. […]

Series 1 is the second album from idol rap group Rhymeberry. Arriving two years after their self-titled debut it features three singles. 2015’s Mirrorball, 2016’s Bring It On Down and 2017’s Tokyo Chewing Gum. […] 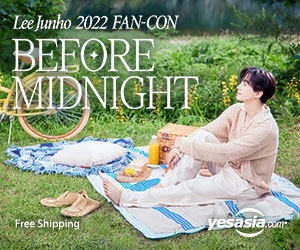