In the last episode of Queendom 2, viewers were left with a cliffhanger, who would Brave Choose as their rival?

Naturally, one would conclude that this episode would continue with that revelation. And shame on you if you believed that to be the case because almost the entire first hour is a replay of episode 0.

Luckily there are some new parts tacked on to the first hour, like the introduction where representatives of each group sit at a chessboard leading to the opening performances. Each one explains their intentions going into Queendom 2 before their performance is aired.

These were released before episode 0 to get people hype, so they are not new to those eagerly following this show. But just in case you are late to the party, here are each of the competitor’s performances in order of appearance.


The other important information we get in the first hour is how the competitors are scored. Rounds one through three are worth 10,000 points each. The votes from the audience count for 60% of the score, the virtual audience votes are 30%, and the remaining 10% is from competitor self-evaluation votes.

The unit round is worth 5000 points. The winner will be determined by yet to be specified, special judges.

Mnet wants you to play the shit out everything related to this show, be it a video or audio, to get your favourite(s) the best possible score.

And that is all we learn from the replay of episode 0. Now on to the second hour, where we find out where all the arrows on the giant board of rivalry are pointing.

The long-awaited choice from Brave Girls was not a surprise as they selected VIVIZ as their rival. That got SinB a little heated, wondering why her group got picked.

The reason Brave Girls chose VIVIZ was more wholesome than spiteful. Despite debuting a year apart, they watched GFRIEND walk the path of success while they headed down the road of obscurity.

With both groups now on an even playing field, they wanted to see what it was like to go head to head with VIVIZ and see who would come out on top.

This lightened the room’s mood and sparked a spirit of friendly competition.

VIVIZ was up next, and rather than returning the love, they chose Hyolyn as their rival. Their reasoning was more strategic to the overall competition as they are fans of Hyolyn’s work and want to perform one of her songs in the cover round.

Hyolyn was the big question mark for this part of the show. Since she is senior to everyone else, they could all be her rivals. So she narrowed her choice down to Kep1er, much to the shock of everyone.

Of course, this got Kep1er all thankful for even being considered a rival, and they bowed in gratitude to Hyolyn for choosing them. The reason Hyolyn chose Kep1er is because of their enthusiasm and passion. A common trait she shares with the rookie group.

Kep1er lovingly selected LOONA as their rival. Their reason was because of LOONA’s performance skills. Kep1er felt they could elevate their game against a group whose performance level is so high.

LOONA’s rival was the second no-brainer of the program since they chose the group who are very similar to them in WJSN. Tensions rose again as the members of WJSN were passive in their response until they heard the reason behind the pick.

LOONA wanted to avoid WJSN since both groups are almost mirror images of each other. However, they decided to face them head-on rather than shy away from competing with them.

After hearing LOONA’s explanation, WJSN were much happier with being picked as their rival.

The last group to pick a rival was WJSN. They ended up going with Hyolyn for a very personal reason. When they were trainees, they looked up to Hyolyn and being able to compete on the same stage had a lot of meaning to them.

For EXY, in particular, she had a deeper connection to Hyolyn, having been on Unpretty Rapstar with her. She was seen as hitching a ride on Hyolyn’s coattails. But for her, it was an unforgettable experience under the learning tree.

WJSN wants to show Hyolyn how much they have grown since their debut over the past six years. And how they aspire to be a great singer like her.

The tender story between these two artists ended with a warm embrace between EXY and Hyolyn.

Only one group was left in the dark, with all the rivals selected. So poor Brave Girls were shut out of the mutual admiration between competitors. That means they are not seen as a serious threat, even to a bunch of noobs like Kep1er, which has got to sting a little bit. Hopefully, this fuels Brave Girls to show all these other bitches they were wrong not to choose them.

The first round of Queendom 2 was officially started after all the love was spread in every direction except that of Brave Girls. That meant deciding on performance order. Those who watched Queendom 1 know how much of an entertaining clusterfuck it was. Sadly this part of the show was incredibly peaceful and underwhelming.

It looked like Hyolyn, LOONA and WJSN were going to fight for the last spot, but LOONA conceded to 5th quickly, leaving the other two artists to figure things out.

I credit WJSN for trying to start some shit, but Hyolyn would not join in. So instead, she put her nameplate on the last available spot, which was second. Again, a disappointing end to what could have been a fun segment.

With all the pleasantries out of the way, it was time for round one to begin. The theme for this round is “Signature Song.” There are deep catalogues of songs for five of the six competitors. This is especially true of the first two performers.

I have familiarity with the bodies of work for VIVIZ and Hyolyn, with the latter’s discography being something I have more of in my music library since I was into Sistar back in my first go-round in the world of K-Pop.

So I was delighted with Hyolyn’s tropical party vibe for Touch My Body. It felt like a show-ending performance rather than one that is second on the call sheet. She should have fought for that last spot harder because she set the bar high for everyone else to follow, and it will put more pressure on them to step up or get left behind.

Peak GFRIEND I missed out on during my time away from K-Pop and only knew of them through the later part of the time as a group before they suddenly disbanded.

In the pre-performance video package, there was mention of how the choreography for GFRIEND songs is literal to the lyrics of their songs. Unfortunately, I couldn’t pick up some of these small nuances, but they put on a great opener that brought many feels for the audience and viewers alike.

Episode 1 of Queendom 2 was a mixed bag. While there were numerous tender and wholesome moments, there wasn’t enough hate (whether manufactured or natural). I would have loved to see Brave Girls go ballistic for not being picked as a rival or at least see that sixth spot have a more spirited battle for it.

After the show credits ended, there was a cute moment between Kep1er and Brave Girls during a break in filming. Youngeun and Yeseo went to introduce themselves, and Youngeun told them her dad plays their songs in the car when he drives. That was some funny shit.

Kep1er is winning me over with their “everything is awesome” attitude. They might have the more unintentionally funny moments because of their innocence as this show goes on.

I’m looking forward to episode 2, where we hopefully don’t have to watch the entirety of episodes 0 and 1 before getting to the remaining performances. Unfortunately, based on the preview of episode 2, it appears WJSN made a mistake of some sort that has them in tears?

We’ll have to see what happens next.

IZ*ONE return to Japan with their second Japanese single release Buenos Aires. Does this continue to push the IZ*ONE hype train or do they fall into the dreaded sophomore slump? […]

Members of the Selective Hearing staff list their favourite things from the entertainment world for the month of February. […]

Selective Hearing takes a look at Mnet’s survival reality show Queendom where 6 female artists compete to win a solo come back show. In this episode the second round of the competition begins with performances from MAMAMOO, AOA and Park Bom. […] 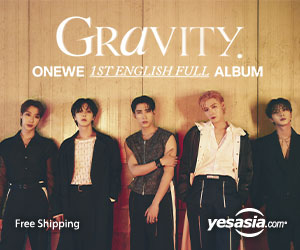