FENT’s girl group FANATICS made their return in May with their second E.P. titled PLUS TWO. The title of the album refers to the addition of two new members; Via and Nayeon/Rayeon.

The lead song V.A.V.I. GIRL featured the group with its new members venturing into the world of an uptempo and bright summer song. It’s catchy enough but mostly suffers from being a little too girl group generic in sound. One could probably imagine a plethora of groups with the same type of track for their summer releases. When it comes to FANATICS, it’s an acceptable change in pace. They haven’t released anything of this nature until now, so why not give it a go?

The remaining two songs continue to expand FANATICS’ repertoire. All You Are takes the group in the pop-influenced EDM. This collaboration with JOHNEAST is strange. It’s okay during the verses, but as the track builds to the chorus, the member’s vocals start to get drowned out by some weird off-key noises. It gets harder to hear them when that part of the song hits. By the time you get to the climax, it becomes a jumble of noise rather than something cohesive.

Maybe this should have been sent to the recycle bin or had some QC done on it since it is not a balanced mix whatsoever.

The final song is If You & I. It’s the only ballad on this E.P., and it comes in two flavours. The full-blown version and the acoustic version. The only real difference between the two is that the acoustic version broke down the song to the base elements.

Whichever version you choose to listen to, you will hear FANATICS members flex their diva vocals. If that entices you, then certainly give the song a try. Again, this is something that hasn’t been explored by this group until now. For their first real ballad song, it’s not too bad.

Overall, PLUS TWO is a small step ahead in the fledgling career of FANATICS. It’s not as captivating as their debut E.P. THE SIX, but it has its moments. This release should be enough to hold over fans until the group comes back as an 8-member unit. That might be where this group gets a little more interesting to follow.

ITZY’s second release of 2021 is their fourth EP titled GUESS WHO. The song M.A.F.I.A. In The Morning is the lead single for this album. […]

Best Regards! is Watanabe Mayu’s first solo album. It contains the singles and b-sides from her five single releases and her solo songs from her time in AKB48. […]

Miss A returned to the K-Pop scene after the success of their first full-length album A Class. True to their current pattern of releases; they dropped a mini-album, this one being their third called Touch. […] 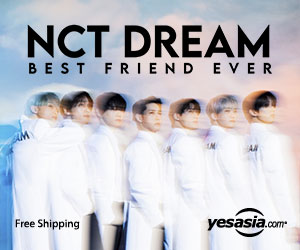