CJ ENM Reveals Second Round of Headline Artists for the World’s No.1 K-culture Festival – KCON 2022 LA

Leading entertainment company CJ ENM announced today the second round of performing acts at KCON 2022 LA running from August 19th through 21st at the Los Angeles Convention Center and Crypto.com Arena. The 10th anniversary of KCON will see a hybrid event mixing the offline and digital, featuring special programs for everyone to immerse into K-culture.

KCON has previously announced that this year’s concert headliners would include CRAVITY, ENHYPEN, ITZY, NMIXX, STAYC, THE BOYZ, and WJSN. The additional performers to the star-studded lineup are as follows (in alphabetical order):

More details about the world’s No.1 K-culture festival will be available at www.kconusa.com/la.

First held in 2012 in the U.S., KCON’s growth has married the spread of K-pop and K-culture worldwide. The event has amassed millions of fans across nine cities/regions, including North America, Europe, Asia, and more. From its first event that attracted 10,000 visitors, KCON has seen an incredible growth gathering 291,000 attendees in 2019 (the last in-person event).

During the pandemic, the event went virtual with ‘KCON:TACT,’ which saw more than 22 million K-pop fans tune in over the last two years. In addition, ‘KCON 2022 Premiere’, held in May, attracted more than 6 million participants across 171 territories.

KCON USA (kconusa.com) is the largest fan festival in North America, celebrating Korean culture and music. The convention launched in 2012 with over 10,000 fans and has more than doubled annually to over 158,000 fans.

KCON is now established in Los Angeles as the annual flagship event for American fans of Hallyu and Asian pop culture, providing the largest forum for fans to connect directly and artists and professionals from the Korean entertainment industry.

In 2017, the brand expanded internationally, presenting KCON in Mexico and Australia and returning to Japan. KCON has also held events in France, UAE and Thailand.

CJ ENM is a leading entertainment company that originated in Korea. Since 1995, the company has engaged in a wide array of businesses across the industry spectrum, including media content, music, film, performing arts, and animation, providing its top-notch, original content to various media platforms.

Selective Hearing takes a look at Mnet’s survival reality show Queendom where 6 female artists compete to win a solo come back show. In this episode the roster of competitors are introduced and the competition begins. […]

Despite the name, Heize’s You, Clouds, Rain shines brightly through the ever-growing fog of South Korean music. […] 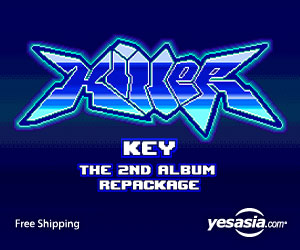