KCON 2022 LA Wraps Up Successfully For First In-Person Installation Since 2019 with 90,000 Attendees

KCON 2022 LA, presented by Toyota, which leading entertainment company CJ ENM produces, wrapped up successfully in Los Angeles this weekend at Los Angeles Convention Center and Crypto.com arena, with over 90,000 fans in attendance.

In addition, KCON 2022 LA was live streamed worldwide in more than 176 regions, garnering a total viewership of 7.17 million. Earlier this year, KCON held the ‘KCON 2022 Premiere’ in Seoul, Tokyo and the U.S. (Chicago and LA) to garner excitement for the first in-person KCON since 2019.

Celebrating its 10th Anniversary, KCON 2022 LA brought on stage the most prominent acts and rising names in K-pop to offer an unforgettable musical experience for KCON fans who have been waiting for an in-person show for three years.

KCON, known for making memorable moments through its one-of-a-kind special stages, also delivered this year. ATEEZ opened the show’s first day with KCON’s first ever signature song ‘POPPIA’ while Bebe Rexha made her KCON debut through a collaboration stage with ITZY to perform “Break My Heart Myself.”

In addition, 9-member multinational girl group Kep1er danced to their debut song “WADADA” with twenty of their fans, and they also paid homage to IZ*ONE, a debut group from the hit , by performing their version of “La Vie en Rose.”

The Boyz opened the second day with their song “MAVERICK” while WJSN performed their song “AURA,” which crowned them as the final winners of the hit survival show on Mnet, a signature brand of CJ ENM’s music business.

Then, up-and-coming boyband leading the next generation of K-pop, TO1, performed not only their hit song “Drummin'” but also delivered a crowd-pleasing performance for their Gen-Z fans through a memorable cover performance of Psy’s “That That.”

This year’s KCON convention also featured a variety of content encompassing everything that has to do with the K-lifestyle, from movies/dramas to food, beauty, etc.

In addition, signature KCON convention programs were upgraded to include more artist engagements and fan favourite panels/workshops. On top of that, the convention also had new programs such as the KCON Marketing Summit.

KCON also provided Gen-Z tailored programs where attendees could engage with various artists and personalities. For example, the KCON SQUARE had K-pop groups interact with their fans and invited visitors to participate in fun K-pop-related challenges.

It was a unique opportunity for K-pop fans to discover new artists through talk sessions with INI, Kep1er, LOONA and TO1. In addition, the KCON DANCE ALL DAY workshop returned to the convention hall, where fans could take classes from top K-pop choreographers.

Also, attendees could select from a wide range of panels and workshops to learn more about K-culture and do fun handcrafts such as creating your customized light stick.

The signature KCON ROOKIES with CRAVITY, LIGHTSUM, STAYC and TO1 also hyped up the audience the first day with their hit songs. The same groups are set to headline the first KCON Tour that will continue after KCON 2022 LA across six cities in the U.S.

Meanwhile, the producers behind the hit reality audition program held in-person auditions for their next project , a new audition program set to air in 2023 to create a global K-pop boy group.

Don Kim, General Manager of Live Entertainment Business at CJ ENM, who oversees KCON, remarked, “KCON first started in 2012 with 10,000 attendees. Now, KCON has established itself as the world’s No.1 K-culture festival, and we’re thrilled to be finally returning in person. As we get back on track to normal, KCON will continue to pioneer the spread of K-culture worldwide. KCON’s next stop is Japan in October, so please look forward to that.”

Furthermore, during the pandemic, its digital rendition, ‘KCON:TACT,’ met more than 22.45 million K-pop fans in the last two years, pushing the event’s boundaries even further as a virtual festival that enables fans to enjoy K-culture anywhere, anytime.

KCON USA (kconusa.com) is the largest fan festival in North America, celebrating Korean culture and music. The convention launched in 2012 with over 10,000 fans and has doubled annually to over 158,000 fans.

KCON is now established in Los Angeles as the annual flagship event for American fans of Hallyu and Asian pop culture, providing the largest forum for fans to connect directly and artists and professionals from the Korean entertainment industry.

In 2017, the brand expanded internationally, presenting KCON in Mexico and Australia and returning to Japan. In addition, KCON has also held events in France, UAE and Thailand.

The gang at Selective Hearing discuss our lives in 2021, what we enjoyed and what we did not enjoy during the year. We also discuss our experience buying tickets for the TWICE 4th World Tour ‘III’ and the struggles that came. […]

COLOR*IZ is the debut mini-album release from IZ*ONE and it features the lead single La Vie en Rose. […] 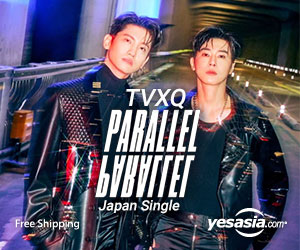