When we last left the wonderful world of Queendom 2, VIVIZ and Hyolyn performed their signature songs, with the latter setting the bar extremely high for everyone following her. But unfortunately, there was also a cliffhanger that indicated disaster for WJSN. With three more live performances to go, let’s see if the remaining competitors can match the insanity of Hyolyn or the artistry of VIVIZ.

First up to bat are the favourite children of Mnet, Kep1er. They are the youngest and most inexperienced of all the competitors. They are popping their cherries on Queendom 2 by performing in front of living, breathing (not music show staff) humans for the first time.

Kep1er is very aware that there is the assumption that they are only on Queendom 2 because they are the daughters of Mnet. The Queendom producers had to reassure the group that they got in on their own merits and not because big daddy Mnet is spoiling their daughters with opportunity.

Whether you, the astute viewer, choose to believe that little white lie is up to you.

With the pressure on them to show they aren’t just there because of nepotism, Kep1er decided to change everything for their performance of WA DA DA. While that was a bold move, it backfired on them as they took out the most recognizable part of their choreography, favouring more powerful movements and formations.

Once you add the new music arrangement to accommodate these changes, you have an energetic but rather mundane performance, which is a shame but expected. They went all-in so early rather than playing it safe. To stick with the sex analogy, they blew their loads too fast. However, Kep1er seemed to enjoy their time on stage despite that.

After that, the old ladies of the competition, Brave Girls, took the stage. With no one choosing them as a rival, they were determined to show that they are more than one-trick ponies living off the success of Rollin and that they are to be taken seriously.

They set out a goal to focus on performance rather than vocals to show a different side of Brave Girls. The songs they chose were Chi Mat Ba Ram and, of course, Rollin.

Brave Girls put in a lot of work to ensure everything was perfect for this performance. The final result was something that made better use of the stage and additional assets (i.e. props and background dancers) than Kep1er.

The only glaring issue with Brave Girls is that no one in the live audience and competitors in the back popped off until Rollin started. Of course, that’s when they had everyone’s full attention. Overall, it was a cool performance that showed their determination to present a new side of themselves. But it’s not enough to push them ahead of others.

The final performers were WJSN. Their main concern was that they didn’t have any big mainstream hit songs to compete with. They find it frustrating that this is their weak point. Their most recognizable song is As You Wish, and even then, most people don’t know that it’s WJSN’s song.

They intended to make a statement that this song is theirs, and to do that, they needed a concept. The sand timer is an important symbol for their idea, and they wanted to incorporate it as the centrepiece of their performance.

With Eunseo also being out with COVID-19, ensuring that she was up to speed with the rest of the team was critical.

When it came to the actual performance, a mistake was made early on with the sand timer as it broke in the opening moments. Despite that, it didn’t appear to affect the overall effect of their song. They had managed to captivate the audience and their fellow competitors regardless.

Once the performance was over, WJSN were deflated, feeling that the gods were punishing them with several members bursting into tears, including their stoic leader EXY.

Once all the live performances were over, it was time to face the final rankings. But first, more manufactured drama with each team picking who was above or below them. Every team was strategic about who was above them, choosing not to nominate anyone except for Kep1er, who picked Hyolyn as above them.

As for below? Since that was mandatory, that’s where the poo-flinging started. Unfortunately, VIVIZ chose WJSN below them, which caused a bit of a lover’s quarrel between SinB and Eunseo. It came down to the execution of similar concepts for the reasoning.

The remaining teams took a giant dump on VIVIZ, with Hyolyn, Kep1er and Brave Girls selecting them as the team who did not do as well. Hyolyn’s reasoning was the most rational while Kep1er didn’t seem to know what to say and just rattled off whatever they could to fill time.

With each vote against VIVIZ, you could see SinB’s head trying not to explode.

This set of votes indicates that if you go on first, you better create something memorable or get lost in the shuffle because of those performing after you.

Lastly are the final rankings compiled from global weab voting, on-site evaluation and overall votes. Hyolyn ended up sweeping first in all three categories for an all-kill.

WJSN came in second, much to their surprise. So it seems they were able to touch the audience and viewers despite the hiccup with their sand timer prop. VIVIZ came in third, much to the relief of SinB, whose head was on the verge of actually exploding if they were shit on any further.

That left Kep1er in fourth, Brave Girls in fifth and LOONA in last place due to not participating in the first round due to COVID-19 protocols.

I can’t entirely agree with the fourth and fifth placements. Kep1er’s performance was the weakest of the bunch, and they deserved to place last among the performing teams, in my opinion. However, the weab vote probably saved them from that spot.

For LOONA, they were allowed to film their performance at the suggestion of Taeyeon. But, no points will be given to them. This exception only shows what could have been if they were healthy enough to participate in the first round. They jumped at the chance immediately.

While I don’t necessarily agree with their song choice, LOONA put on a damn good stage that would have rivalled Hyolyn’s. If they were part of the first round, I’m sure they would have been in the top two.

It was a bittersweet performance for LOONA, but they felt relieved that they at least got to participate in the first round and show what they had worked hard to prepare.

With round one done, it is time for round two—the cover song battle. From this point on, it’s real competition. Oh My Girl and AOA’s stages from Queendom 1 were mentioned as benchmarks to meet. Those are some high expectations to live up to.

The parings ended up being:

LOONA appeared to be popular among the other teams as they wanted to cover their discography. However, the first-place winner Hyolyn was allowed to go and snap them up after messing with everyone for a bit.

Kep1er and Brave Girls are the worst possible pairing for each other. Unfortunately,  Brave Girls have a limited number of songs to choose from. Even if the original compositions from Girls Planet 999 are allowed to be used, there’s still not much for them.

I’m hoping if the Girls Planet 999 original songs are allowed, they choose Snake. That’s the only logical choice that would fit Brave Girls.

Kep1er, on the other hand, has a lot of songs to choose from, but their average age makes them too young to perform them convincingly. I don’t see them being able to pull off songs like So Sexy or High Heels at all.

Byeonhaesseo might be doable if toned down a bit. But that’s even a stretch. I feel Kep1er is going to go with more recent Brave Girls material rather than dig into their past.

Whatever happens, this will be the matchup to watch. Both groups could surprise and find ways to work around the limitations of the pairing, or we’ll get a massive trainwreck battle for last place.

The previews for episode three have Hyolyn selecting the next performance order, and more importantly, we see glimpses of a healthy LOONA burning up the stage. By all indications, LOONA gonna body everyone after they’re done. Bitches better watch out.

AOA (Ace of Angels) are a South Korean girl group/band produced by FNC Entertainment. Miniskirt is their 5th single and comes both in physical CD and digital download formats. […]

Selective Hearing takes a look at Mnet’s survival reality show Queendom where 6 female artists compete to win a solo come back show. In this episode the second round of the competition begins with performances from MAMAMOO, AOA and Park Bom. […] 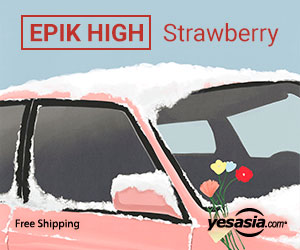