The Feels is the first English language release from the K-Pop girl group TWICE. This song is unlike their recent Korean and Japanese releases, which have showcased a matured side of TWICE.

The type of music we get with The Feels is a bit of a throwback to TWICE’s catchy brand of girl pop from their earlier releases. This time in the form of a funky dance track that should catch the attention of the English-speaking fan base of TWICE and American Top 40 radio.

I didn’t want to do an exact copy of the original; what would be the point of that? But, like many of these K-Pop songs I take on, it’s challenging to develop an idea that pays homage to what makes the original version special. JYP artist songs, in particular, prove to be ones that can provide some creative roadblocks.

After putting together a dance-pop kind of foundation with the beat, I played around with the rhythm of the chords and built everything else around those two elements. The final result is an interpretation that retains the original’s funky groove while still bringing something different to the table for listeners to take in.

Chocolat’s second release of 2012 is their self-titled second single album featuring the song One More Day. […]

Fresh off her recent North American tour announcement, the K-Pop star unveils the name of her EP set to drop on October 5. […] 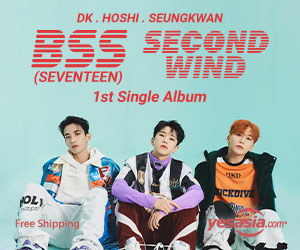